I give you Jess Coburn, Heavy Weight Boxing Championship fighter… 6′ 6″ and 255lbs of pure ripped muscle.. On the XBOX 360 anyway… 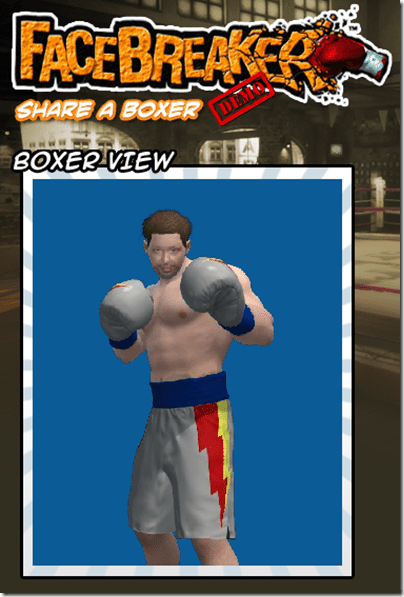 EA Sports has a new video game coming out called FaceBreaker. What’s innovative about this game is that it’s going to allow you to upload your own faces and then build your own boxer.  I know you’re thinking:  “Great, I’ll get to put my ex-wife’s face and box her”.  Well yes you will!  Or you can upload McCain and Obama and let them slug it out old school style.

Anyway, what’s interesting is that the game developers are allowing you to upload your own images through their social networking website www.easportsworld.com, then the video game downloads the pictures, allows you to select some key points and then renders your face based on those points you selected.  I find it interesting for several reasons:

I think this is the next new twist we’ll begin seeing in video games. People are bored with playing as master chief and now they want to see themselves in the game.

Finally, here’s a close up of my face. When it renders your character it’s bald and hairless. So I added the hair and gave myself a bit of a 5 o’clock shadow as I hadn’t shaved that day. 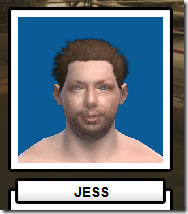