Recently I started uploading all of my photos on my home computer to PicasaWeb I mean Google+ Photos at a smaller size (maximum of 1200px wide or high) and with all of the images going up there I wanted a way to rotate my desktop wallpaper on my computer such that each day I’d have a new wallpaper.  Sounds easy, Right? Well it wasn’t.  I couldn’t find anyway to just point WIndows at my Google+ photo library so I started searching for 3rd party applications that can do this and what I came up with is a golden nugget, so I’m sharing it.  It’s called “John’s Background Switcher”

Initially, I just wanted to rotate my backgrounds but what would be really cool would be if I could create some sort of collage or card stack of photos so that it show me a handful of images from a single album.  John’s Background switcher does just that.  In fact, it does much more than that but here’s how I’m using it in Google+ Photos.

First I told it where I wanted my photos from. In my case I wanted it from my Google+ (although it says PicasaWeb) although it supports a wide range of options: 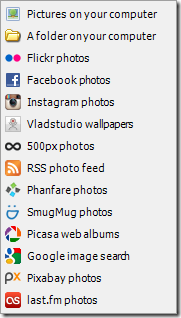 Then I told it that I wanted these images from a specific person and entered my google username and selected the mode random so it generates a image using all of my libraries: 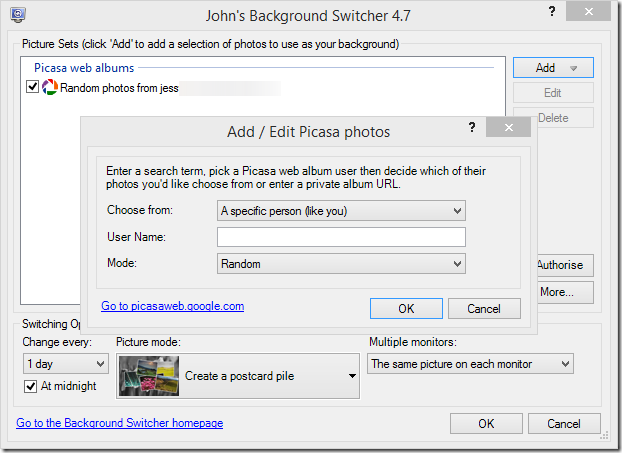 Lastly, I set it to create a new a new image using the postcard pile (there were other options) and to change the image only one time a day and usually at midnight so each morning I’d come into the office for a surprise. 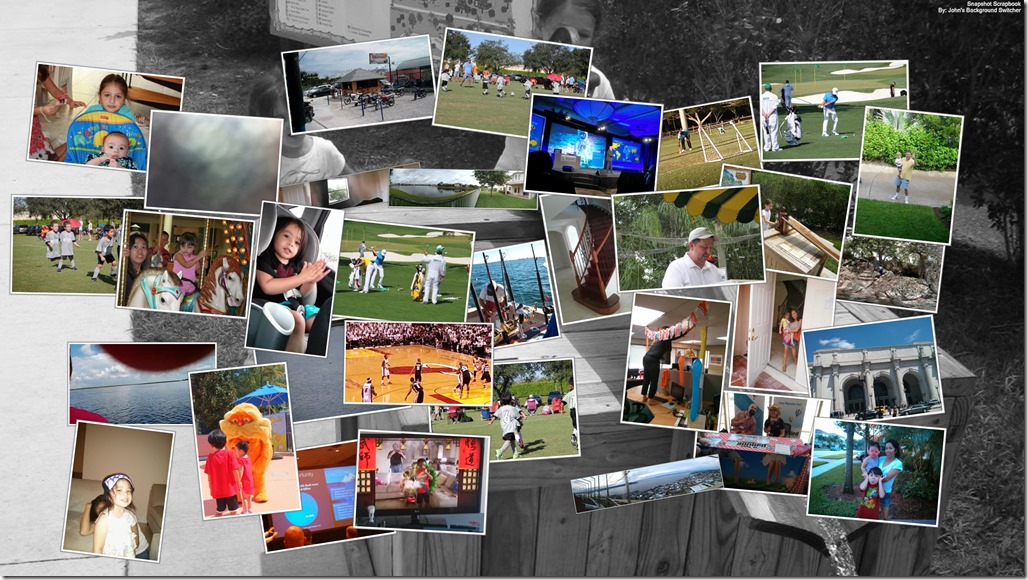 There’s a handful of images so you can get an idea of what it looks like.  Oh and BTW, the price is the best part.. It’s totally free!